Since its formation in 2012, Teen Cancer America (TCA) has quickly become a leading organization in support of adolescent and young adult cancer in the United States. The organization, founded by legendary rockers Roger Daltrey and Pete Townshend of The Who, supports these young patients by partnering with hospitals across the nation to build specialized facilities that promote a teen-friendly environment.

With the help of our CEO, Sally Webb Berry, The Special Event Company has worked to encourage TCA’s growth for the past four years as the organization makes its way across the country. Sally, a founding member of the TCA Board of Directors, has supported Teen Cancer America from the start, assisting with the press launch in Washington, D.C. and continuing from there.

Throughout the past four years, our team has assisted TCA with various campaigns including the “Road Rebellion” tour, “The Who Hits! 50” US tour, as well as accompanying Roger Daltrey as he addressed a committee on Capitol Hill for the #CuresNow effort.

Locally, The Special Event Company has been a driving force in bringing TCA facilities to North Carolina. We worked closely with First Citizens Bank as they launched their “Let My Love Open the Door” campaign and will continue our involvement with “Leadership TCA”, an initiative launched in April.

Most recently, our team served as the management company for the North Carolina Cares fundraiser in Raleigh on April 28, which raised more than $110,000 for future facilities across the state. The event, presented by TCA and hosted by Roger Daltrey, offered guests a unique experience to get to know TCA and the organization’s drive to help young adults battling cancer. The HillBenders Perform Their Signature "WhoGrass" 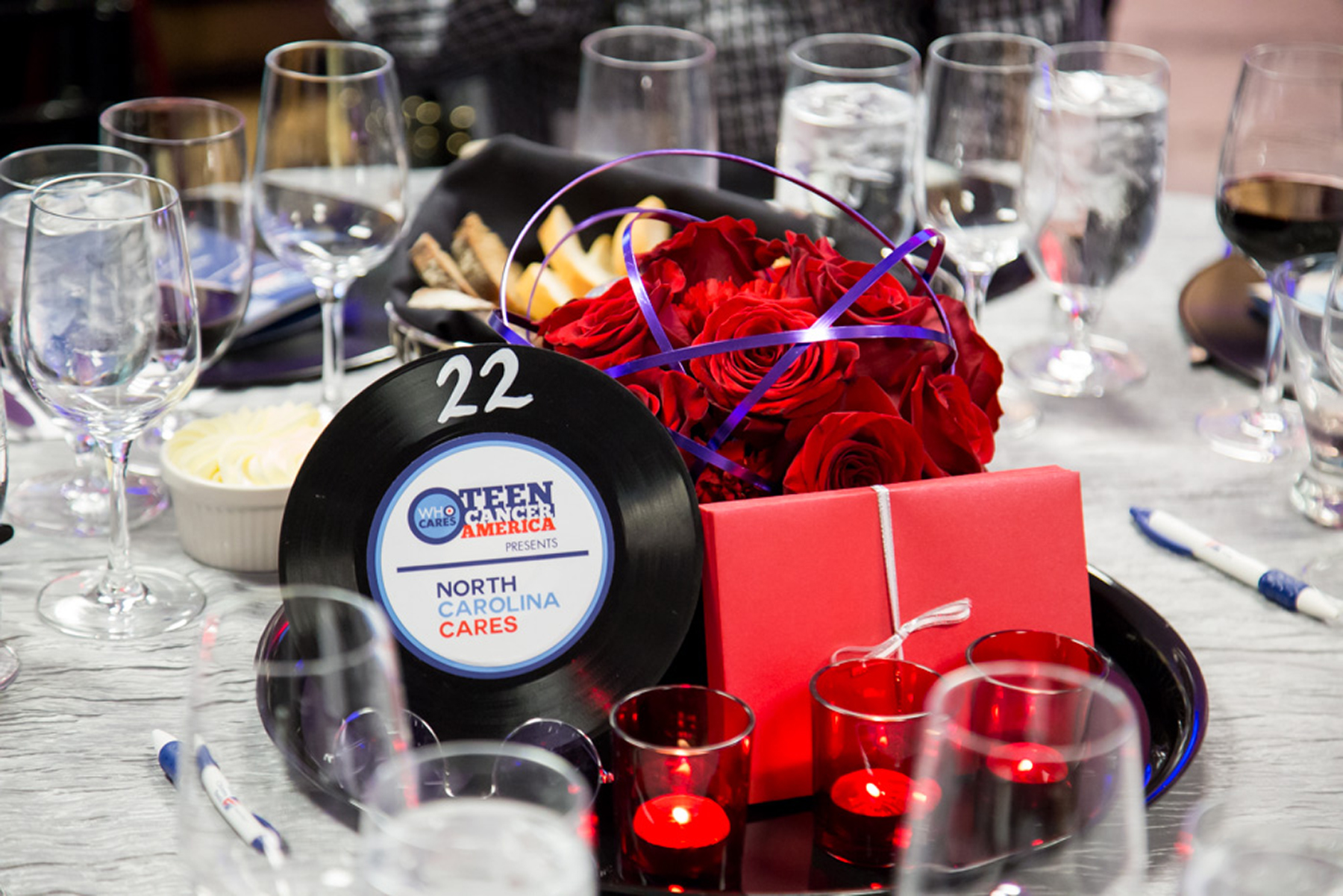 Our team worked with local vendors and sponsors to create a chic, rock-n-roll themed event, from décor to dinner menu. To kick off the evening, guests enjoyed a reception with entertainment by bluegrass sensation The HillBenders, who performed their signature “WhoGrass”. Guests then sat down for dinner, a live auction, and a raffle for one-of-a-kind music-themed items. Just imagine: Pearl Jam concert tickets and a tambourine signed by lead singer, and TCA supporter, Eddie Vedder.

While food and fanfare was enough to make the evening memorable, the room really came alive after hearing from key members of the TCA community, whose passion for the organization was more than evident. Roger Daltrey thanked the room for their involvement and spoke to the importance of creating such an organization in the United States. Then, three teen cancer survivors shared their personal stories and their reasoning for becoming TCA Ambassadors. Finally, local business leaders spoke to the crowd about their want to lead this initiative in the state and asked the audience to do the same.

Hearing these stories, facts, and future plans was what really set this event apart. There was a buzz about the room as guests discussed plans to participate in the launch of the “Leadership TCA” initiative, donating funds, time, and talent to support this ever-growing need. The success of this event has ignited the spark in North Carolina, and will continue to make our work with TCA and The Who so valuable to our team. The Special Event Company team is more than committed to bringing the work of TCA to light, not only in our state, but also across the country.